Updates to Jennifer's profile since your last visit are highlighted in yellow. 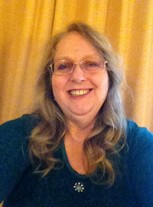 How to sum up the past decades? At age 19, I married Michel "Mike" Levy, BHS '68, and we were married for 31 years before his death. My two wonderful daughters are now adults, and I'm very proud of them. One is a clinical social worker, the other works in health care policy. In my completely objective opinion as their mother, they are both terrific. I have the bonus of a delightful son-in-law, four adult stepchildren, and one biological and five step-grandchildren that I adore. My oldest granddaughter (the "step" part just doesn't matter) is about to have a baby, so I will be a great-grandmother!

I'm a psychologist. After spending many years as a therapist and director of various programs, in 2008 I began working for a statewide sexual assault coalition as a program management specialist. In the summer of 2014, I formed my own consulting firm, Levy-Peck Consulting. My primary activity is conducting accreditation reviews of community sexual assault programs across the state as an independent contractor for Washington State. I also present trainings and I am an author and editor.

A couple of years after Mike's death, I was lucky enough to meet a wonderful man, Charles, to whom I was married for more than 10 years. He died from complications of Alzheimer's in 2018, after an eight-year journey with this terrible disease. We still had many good years and I'm grateful I had this time with Charles. I'm now working on a book for partners of people with Alzheimer's.

My professional career has included working as a therapist and a manager in community, private, and university settings. I spent nearly ten years as a Yankee in rural northwest Tennessee - talk about culture shock! We moved to the Pacific Northwest in 2008 and I love it here. I recently moved from Washington State to Oregon, to be closer to my daughters and their families. It's very odd moving during a pandemic, and not at all what I pictured, but I'm happy to be settled here and to be closer to family. I'm still working and writing, and I'm looking forward to new friends and activities once the pandemic has run its course.

Having the bus break down on three separate field trips (was it something I did?)... We were on our way to see a play in New York City, and after the bus breakdown, we arrived too late to see the play. We had supper and rode back to Massachusetts.

Wearing mini-skirts so short we didn't dare bend over (my daughters laugh themselves sick when they see the pictures)...

What activities did you participate in at the High School?

Comment
How did you hear about the BHS Reunion Page ? Please check answer & provide detail if you can

Hi Classmates! I've written a couple of books you may be interested in. Having found love again (after being widowed), I wrote a book on finding and sustaining a remarkable romance after 40. My husband, Charles Peck, helped me write this book; sadly, he now has Alzheimer's and can no longer write with me. Our book is called Magic at Midlife: Your Relationship Roadmap for Romance After 40. It is based on my experience as a psychologist as well as our personal journey and stories that many other couples shared with us. I recently surprised myself by writing a children's book called Froggy Dreams, about a little frog with big dreams. It was inspired by a conversation with our 7-year-old grandson, and you may have some grandchildren or other kids in your life who would enjoy this story, which is intended for pre-readers and beginning readers. It's a fun tale, enhanced with a list of "challenge words" to help young readers and some discussion questions to spark a conversation between adults and kids. Both books are available on Amazon. Please let me know if you decide to read them or recommend them to friends.